This Mou aims to contribute sustainable and integrated development of the population, and the economic transformation, the wellbeing of rural communities through the training of technicians at various levels and the use of its expertise in various domains

or maintaining an erection. Aetiologic factors for erectileThe degenerative and atrophic changes where observed more in the kidneys of rats that received the highest dose (1. cialis.

. It  aims also at boosting the economic capacities in order to use the local economic potentialities for large production base to reach industrial quantities, improving value addition to production, generating on-farm and off-farm employment, improving the cooperative movement, and promoting export for increased  income and revenues among local population and the country.

In 2014, the Roman Catholic Diocese of Kibungo had conducted an assessment in all parishes on the use of its land holdings and evaluating the economic potentialities in agribusiness
. The results showed that the total area of land resources of the Roman Catholic Diocese of Kibungo is estimated at 1,122 ha of which 527.09 ha (47%) occupied by agriculture, and the remaining portion 596.4 ha (53%) is occupied by churches, presbyteries, religious communities, health centers, schools, parish canteens, forests, and cemeteries. 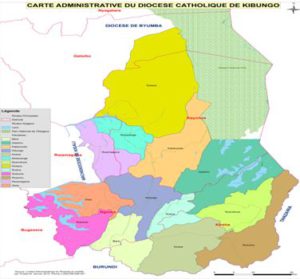 Consultations on the sound management of the Diocese of land began with the drafting of the Strategic Pastoral Plan of the Diocese of Kibungo 2015-2019 when it was a question of optimizing the management of real estate in general.The Roman Catholic Diocese of Kibungo had signed, in the same framework, partnership agreements with NAEB and  TUZAMURANE Cooperative Gahara specializing in the cultivation and processing of pineapples

. The partnership with RAB is also effective through its branch, its representation in the Eastern Province and in the districts and in his station based in Ngoma.